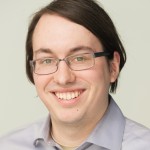 Alex graduated from American University in May 2012 with a degree in Political Science and Mathematics. That next month, he moved to Las Vegas to work with the Nevada Democratic Coordinated Campaign on the 2012 elections. After November, Alex recognized that the job wasn’t done with electing the right people to office.

Alex began working with Grassroots Campaigns in June 2013 as an Assistant Canvass Director in the Washington, DC office. In the three years since, he has run a healthcare outreach campaign in Albuquerque, worked on the national recruitment team, and held the roles of Data Flow Administrator and National Administrator in the Central Administration department.

Among his other accomplishments, Alex has organized classroom-style trainings for over 200 entry-level staff, facilitated the opening of over a dozen new offices, and increased the company’s tablet computer fleet five-fold to allow all fundraising campaigns to be run paper-free.

“The fight for progress doesn’t stop on election day. Working with Grassroots Campaigns allows us to get the best folks elected, increase citizen participation in the political process, and build membership in some of the best non-profit organizations working for a better future, every day.”