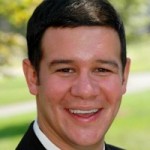 Joey Wender joined Grassroots Campaigns in 2004, serving as a Canvass Director in Boston and New York City and Lead Organizer in Dearborn, Michigan.

Joey graduated from Wesleyan University in 2003 and, after leaving GCI, graduated from Harvard Law School in 2008. Prior to joining Senator Markey’s team, he worked as a Counsel for Oversight and Investigations for the House Transportation and Infrastructure Committee. He currently works as Senior Policy Advisor for Senator Ed Markey in Washington, D.C. In this role, he advises the Senator on legislative initiatives and strategies, helps develop policy positions, and keeps staff updated on what’s happening on the House floor. He also oversees the team of legislative staff.

Joey says: “When I worked for Grassroots Campaigns, I picked up the ability to comfortably talk to and persuade people from all walks of life. I definitely used that skill in law school and I still use it today. Also, I worked on important issues, most of which are in play in my work on Capitol Hill today.” 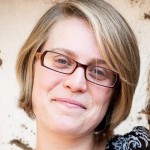 Meg Ahearn directed Grassroots Campaigns’ Chicago canvass office from 2007-2008, worked as a Regional Director from 2008-2009, served as a Field Organizer in Virginia, Florida, and Colorado and as an Account Executive from 2009-2011.

A 2007 graduate of Kenyon College, Meg started working for the Department of State in Washington, D.C., as a Foreign Service Officer in 2011.  Foreign Service Officers do 2-3 year tours of duty in U.S. Embassies and consulates around the world, and change job functions every few tours, doing everything from interacting with foreign governments, helping Americans living overseas, managing budgets and reporting on the local political scene. During Meg’s first posting 2011, she worked on gender issues and religious freedom in a large West African country.

Meg says: “Grassroots Campaigns helped me develop a problem-solving mindset that has served me well in my professional and personal life. I also really value the time I got to spend crafting campaigns for different (but all excellent) organizations — researching messages and statistics, testing them to see what resonated best with the public, and then analyzing results to run the most effective campaigns possible. The sense of community that exists within each individual field office, and also between the field offices across the organization as a whole, is really valuable. I made many lifelong friendships at Grassroots Campaigns.” 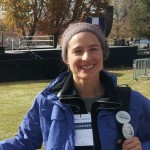 Sara Grimes worked as a Lead Organizer for Grassroots Campaigns during the 2004, 2006 and 2008 election cycles and was a Super Volunteer during the 2012 election.

A 1997 graduate of Sussex University, she returned to England and got an Environmental Policy masters from Oxford before returning to her hometown of Bath, which is about 100 miles west of London.

She is a Corporate Sustainability Officer for the Bath & North East Somerset Council, working mostly on climate change issues ranging from supporting a local renewable energy enterprise to developing a strategic approach to local food.

Sarah says: “Grassroots is very good at working out how to hit a daunting goal then making it happen, come wind or high water (literally, we worked through a  hurricane in 2004). I’m still organizing for progressive issues, only now it’s from inside local government.” 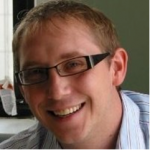 Josh Downey joined Grassroots Campaigns in 2005 as a Lead Organizer on the MoveOn.org Operation Democracy project from 2005 to 2008, and as Lead Organizer Grassroots’ 2006 Call for Change electoral campaign for MoveOn.org. Josh was the Organizing Director of MoveOn.org’s Council Network from 2008 to 2009.

A graduate of Drake University, Josh is now the President of the Denver Area Labor Federation, AFL-CIO, representing 65,000 union members and their families who are working to build an economy that works for everyone and not just the wealthy few.  In two years on the job, Josh has doubled the organization’s budget, elected a handful of champions for working families to a few city councils, successfully organized a few hundred new workers and launched an ambitious plan to build new partnerships between community and labor.  On any given day Josh affects change at both the micro and macro level.  From helping an individual worker build power and fight back against a bad acting employer to helping pass policies that impact hundreds of thousands, this work has an amazing opportunity to impact lives.

Josh says: “Reflecting back on my time at Grassroots Campaigns, there are two things that stand out most.  First, Grassroots Campaigns’ training program is second to none.  And, too this day I’ve tried to replicate it to the best of my ability at each new organization I’ve worked for.” 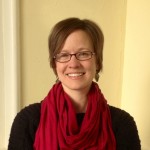 Since leaving Grassroots Campaigns, Emily has worked with a lot of nonprofits and knocked on tens of thousands of doors for good causes–including keeping the ban on uranium mining in Virginia, protecting the Chesapeake Bay from pollution, and my own progressive state Senate campaign in 2015. I’m still knocking on doors for great candidates in Virginia this year and to help register new voters. Emily started a small consulting firm, New Dominion Solutions, in 2016 and currently provides support to nonprofits in and around Richmond, Virginia. She works on a plethora of environmental issues and with a diverse group of advocates and organizers, all of whom are working toward stronger environmental protections here in the Commonwealth.

Emily says: “A powerful memory from 2004 was arriving in Palm Beach County, Florida with a team of 15 organizers in the middle of hurricane season for MoveOn PAC’s Leave No Voter Behind Campaign. Our office flooded, we lost phones for over a week and our electricity was spotty. But the team handled it all with determination and a great sense of humor. We focused on the job at hand–reaching voters and organizing volunteers–despite the challenges. I wouldn’t trade that experience for anything.” 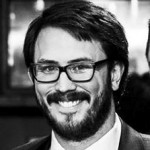 Mike Batchelder joined Grassroots Campaigns as a Field Organizer in Pennsylvania on the MoveOn.org 2004 campaign to elect John Kerry. Post-election he worked as an Assistant Director in Grassroots’ Boston outreach office. From 2005-2008, Mike launched and managed Grassroots Campaigns’ offline volunteer organizing network for MoveOn.org and directed the 3 Ohio campaign offices during 2006 Congressional elections working to help elect Sherrod Brown. In 2008, he was the East Coast Lead Organizer for Grassroots’ election campaign for MoveOn.org.

After leaving Grassroots Campaigns, Mike earned both a J.D. and M.A. from the Ohio State University. He has been a labor lawyer with an affiliate of AFSCME in Ohio for 3.5 years. His affiliate, Ohio Council 8, has about 40,000 members in Ohio, most of whom work in the public sector.  Mike provides legal representation for the Union and members in a whole range of issues that occur in the workplace. He is the main statewide representative for member child care providers, drafting legislation and agency rules, advocates before the legislature, and organizes members. AFSCME, along with others across the country, have been on the leading edge of representing home based child care providers for about the past 10 years. These are workers who technically are independent contractors who each run their own small business, but they are so tightly regulated by the state as to be virtually public employees.

Mike says: “My experience with Grassroots Campaigns has helped me in a variety of ways. I feel confident in my ability to organize our members when necessary for actions related to their terms and conditions of employment. I feel confident when I have opportunities to conduct member trainings or speak before a large group. And when I get the chance to do election work I look forward to once again knocking on doors and doing a little GOTV.” 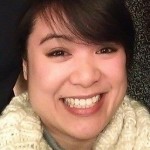 Rebecca Tong joined Grassroots Campaigns in 2009 as an Assistant Director in the Chicago campaign office where she also served as Lead Director. From 2012-2013, Rebecca worked as a Regional Director for Grassroots and oversaw four campaign offices in the southwest.

Currently, Rebecca is the director of development for Trust Women, which opens clinics that provide abortion care in underserved communities so that all pregnant people can make their own decisions about their health care. Rebecca joined Trust Women in 2013, right before the opening of their flagship clinic Wichita, Kansas. At that time, the clinic was the only abortion provider for a 200-mile radius and it is in the same facility that was once Dr. George R. Tiller’s. Trust Women has been able to transform the map of abortion access and continue Dr. Tiller’s legacy.

Trust Women will soon be opening another clinic in Oklahoma City, currently the largest metro area without an abortion provider. They lean into the fact that they do abortions and are combating stigma at its base. “We simply believe women are morally, spiritually, physically, and emotionally capable of making decisions for themselves.”

Rebecca says: “I became an excellent fundraiser while there and even though I am not doing face-to-face fundraising anymore I have found that the basic lessons have carried through. Now I am responsible for all aspects of fundraising and building relationships with our contributors.”