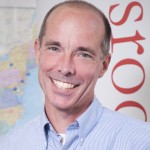 Jon Scarlett has over 30 years of experience running canvasses and voter contact operations, including 10 years as the National Canvass Director for the Fund for the Public Interest overseeing 50 canvass offices in 20 states. Since 2004, he has been the National Field Director for Grassroots Campaigns. After launching the DNC’s first canvass with GCI, Jon directed a cooperative campaign with MoveOn in 2004, helping them take their citizen outreach beyond the Internet with a volunteer-based voter contact operation, and subsequently helped MoveOn build 200 local volunteer chapters. As Vice President, he oversees many aspects of Grassroots Campaigns’ operations.