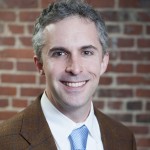 Wes Jones has played instrumental roles in some of the most groundbreaking face-to-face canvassing and fundraising efforts in the United States. Wes helped engineer political outreach operations like the very first small donor fundraising canvass for the DNC, and the first successful street canvassing operation in the U.S., for Greenpeace in the 1990s. Since co-founding and building Grassroots Campaigns from scratch in 2003, his teams have raised more than $100 million for clients like the DNC, ACLU and Planned Parenthood. As the director of the canvass operation, he oversees the leadership team running 30 offices across the country, is bottom line for training and strategy, and advises on the launching of new campaigns.